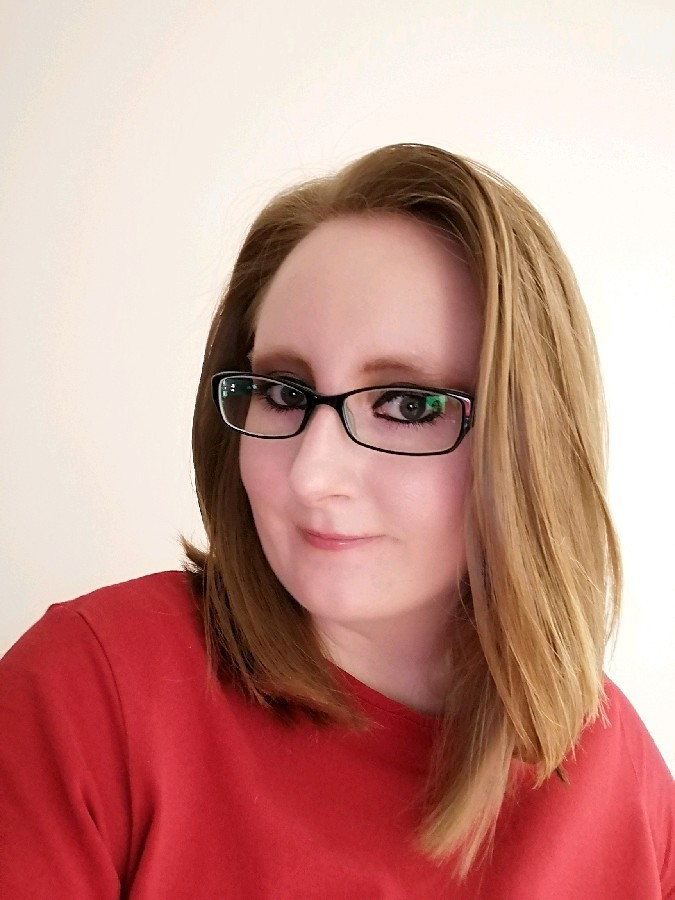 This week we are delighted to present “PokéFind”. A server themed all around Pokémon, with 4 different game modes, lush landscapes, a friendly community and more!

This blog post is part of a series on some of our amazing webstores. Giving readers insight into what it is like to run a game server, and letting our merchants tell their story as to how they got started in the world of server management. Last time, we checked out Rustpocalypse Gaming one of our awesome servers for RUST.

Minecraft, developed by Mojang, is one of the recent success stories of the gaming industry. Having launched in 2011, after a successful beta period that garnered a ravenous fan base, Minecraft then went on to become the single best selling game of all time. Eventually bought by Microsoft in 2014, the story of Minecraft didn't stop there, with new game modes and iterations of the much loved game being launched. Fans all around the world fell in love with the concept, music, and simplicity of the vanilla experience. Minecraft spawned a fanbase that has created a plethora of YouTube content, huge amounts of artwork, and a vast array of mod packs, and texture packs. Minecraft is already a classic.

PokéFind is a server themed around exploration and Pokémon! There are four different Game Modes found in PokéFind. Pokémon Survival, Pokémon World, Pokémon Skyblock and PokéWars. We will be taking a more detailed look at these modes further down in this feature. PokéFind's Webstore is powered by Tebex! They offer Ranks, Server specific items such as Battle Passes, Eggs, Items, Cosmetics and more.

If you would like to catch PokéFind online you can find their socials and website links here:

The Achievement Rewards category unlocks exclusive rewards for achievement hunting efforts. These rewards are packs that can be redeemed using Points. These contains lots of nice rewards such as Gems, experience, Gold, crates, Eggs and more!

The Crate Altar can be found in the main Hub behind the various server NPCs. Crates have different tiers, these range from "Wooden, Iron, Gold, Rare and Epic". You can earn any tier crate by playing a full game.

Crates can also be purchased with Gems which can be purchased from the PokéFind Webstore. When first logging into the PokéFind server, you will have 100 Gems, you can redeem 2 Wooden Crates with these Gems, or save them up for a higher tier crate!

When loading into the PokéFind server you will be spawned in this Main Hub! There is an NPC who you can talk to who will give you a brief tutorial of the hub and how to enter the different game modes. Another NPC will show you the different Rank types and what they give. Right clicking on the Pokémon World, Skyblock and Pokémon Survival NPCs and then selecting a Server will then spawn you in those respective Game Modes. There is also the Crate Altar which we touch on further down.

When you first spawn into a Region server in Pokémon World, you will be greeted by Professor Hemlock. He will prompt you to listen to him and follow him to his Lab, from here you will then have the choice to choose your Pokémon to accompany you on your adventures! Depending on the Region you choose will depend on the three starter Pokémon that you can select from.

There is even a Poké Centre where you can heal your injured Pokémon and a Poké Mart to purchase various goods such as Pokéballs and Potions!

Wandering further outside of the main town you will find various Trainers ready to battle and wild Pokémon! Trainers have levels and so do Pokémon, so make sure you are levelled up appropriately before taking on Trainers and catching those higher-level Pokémon!

Inside the city is a Tutorial Building. Within this building there are 3 different large signs, these show off the key mechanics within the Pokémon World server and what you can expect on your adventures. Catching Pokémon, battling with your Pokémon and taking on the Gyms are all key elements, don't forget to enjoy the scenery on your adventures too!

Speaking of scenery, there are some amazing vistas and places to visit in the different Regions in the servers. We found a whole village built inside the treetops close to the clouds and took a few minutes to admire the landscape view of a nearby mountain top! Make sure you stop and smell the roses and take in the beautiful scenery on your travels!

Professor Hemlock gifts you with a PokéGear when you have chosen your Pokémon in his Lab. This is a key component on your adventures and has a lot of different features.

Quests - Browse all your current and completed quests

Pokédex - A device for viewing all caught or encountered Pokémon

Cosmetics - The cosmetics menu contains many fun collectables, such as gadgets, particles & more. Play games and buy ranks to unlock more. These are Pets that can follow you around, Wardrobe clothing that you wear in the Hubs, Disguises you can equip to make yourself look like a Mob, Gadgets that can do everything from firing a slime rocket to having your own team of bodyguards follow you around the lobby! Particles are used to activate trails that show how cool you really are.

Gym badges - View the gym badges you have obtained

Rank Commands - View all rank commands, these require different rank levels which can be purchased from the Webstore. IVs get the individual values of your pokémon, EVs get the effort values of your Pokémon, PC opens your PC, Pokéheal restores your party Pokémon to full health. Warp warps you to another city, Fly toggles flight mode.

Personal Computer - View all your Pokémon in the PC. This requires a Pro Rank in order to use this.

Pokémon Survival is different to Pokémon World in that it takes the Minecraft Survival aspect but with a paint coat of Pokémon! Upon entering into the world Professor Hemlock greets you and takes you to his Lab, from here you can choose your starter Pokémon from a selection of the first, second or third generation of Pokémon.

The little hub that is in the survival server contains some interesting rooms that are not in the Pokémon World Region. There is a Gym Portal room and a Raid Portal room. The Gym Portals require different Trainer levels to enter them, so make sure you are appropriately levelled before taking these Gyms on. The Raid Portal room has 2 different portals. One is a Farmhouse Panic Raid which states that players need to "Battle hordes of angry farm animals" and a Winter Warzone Raid that states that players need to "Battle in the fiercest winter warriors in this forgotten winter oasis". We are not sure which of these we would pick as they both sounds very interesting!

Within the main city area, there is a Poké Centre, Poké Mart, Professor Hemlock's Lab and even Mitch's Workshop! In the Workshop you can deposit items into the Blacksmith Chest for Mitch to craft different items for you. Right clicking on Mitch will give you information on what he can craft. Outside of the main city area there is "The Wilderness" once you are out here you can encounter Trainers ready to battle and wild Pokémon. When talking to the Pokémon Survival NPC, there is even a "Story Server" to select from. This server contains quests and challenges that can be completed for rewards.

Quests - Shows your current and completed quests.
Mobdex - A device for viewing all Mobs encountered.
Pokédex - A device for viewing all Pokémon caught.
Survival Gym Badges - View all the Gym badges you have obtained
Trainer Attributes - Progress through your journey and tier up to be the Pokémon Master
Group - Manage your group as you grow your home
Recipes - Recipe catalogue of custom crafting recipes for items unlocked along your journey

Minecraft Skyblock incorporated with Pokémon to help you along on your floating island progression!

In Pokémon Skyblock, you spawn on a floating island and most survive and complete challenges with the resources you have available to you. This is a challenging mode but an interesting way to really test your skills!

There is even a Player Owned Shops feature within the Pokémon Skyblock hub! If you place a chest on your floating island and place a sign on the front with [Buy], [Item Name], [Amount] and [Price] you can sell items!

Limited Time Mode - Bedwars mini-game where you become a Pokémon! Protect your PokéBall and be the last one alive!

In the PokéWars game mode, protect your Poké Ball so you can respawn, gather resources to evolve and unlock charge moves and destroy your opponent's Poké Balls and be the last Pokémon alive to win!

When you are in the PokéWars hub, if you walk around to the back of the area you can even find a set of Parkour challenges! Watch your footing!

What would you say in particular makes your server stand out from the rest / makes it more unique?

How long have you been running your server for?

How long have you been using Tebex for your Webstore?

Where did you get the idea for your server

Are there any interesting events that have taken place on your server?

“There have been multiple tournaments that occur every month or every other month. We currently have an upcoming Easter Tournament that can been seen in our #announcements channel on our Discord Server”

What plans do you have for the future of your server?

“We are currently working on a massive, custom built world with loads of cities for players to explore and a new generation of Pokémon added to it. It is an update that has been a year in the making”

What advice would you give for people starting a server/community?

“Prioritise the community's experience and be active in fixing bugs and pushing out new updates. Players like to see an active team putting effort into the game  they are investing time/money into.”

Do you have a Discord for your server?

About Tebex: Tebex is a monetization platform for games that support community/dedicated servers. We work with content creators to provide them with the tools and platforms required for monesiting their user generated content. Over the last decade we’ve supported over a million game servers, and over 15 million players have supported our content creators.

We talk to Denireilly from The Crafting Dead about his Minecraft server network.